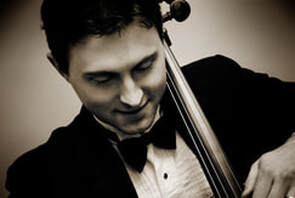 Jeff Singler is a professional cellist and educator based out of Cleveland. Mr. Singler teaches privately, and at The Music Settlement. He has served as cello faculty at Youngstown State University and Ohio University, and is in demand as a teacher, music coach, and lecturer across Northeast Ohio. Mr. Singler  performs regularly with the Erie Philharmonic, Columbus Symphony, Walden Players, Obsidian Quartet, and with Prism ensemble.

Mr. Singler is an active recitalist and chamber musician, including guest artist recitals for First Night Canfield, the Bratenahl Chamber Music Series, the Youngstown State University Fine and Performing Arts Series, and the Cain Park Concert series. He has also been featured as a guest soloist with the Ashtabula Orchestra, The Butler Choral Society, The Salem Youth Chorus, the Canton Comic Opera Company, the Dana Symphony at Youngstown State University, and the Erie Philharmonic.

Mr. Singler has collaborated in chamber music performance with many renowned musicians, including Annie Fullard of the Cavani Quartet, John Root of the Juilliard School of Music, Liz DeMio of the Cleveland Institute of Music, and others. His solo and chamber music performances have been broadcast over WYSU in Youngstown, WQED in Pittsburgh, and WQLN in Erie, PA. Several performances are available on YouTube as well.

In the popular vein, Mr. Singler has recorded with the Sony label, been part of the Final Fantasy Tour Orchestra, and has performed in concert with Amy Grant, Jordan Smith, and as principal cello for Clay Aiken, and Michael W. Smith.

As an educator, Mr. Singler is on faculty at the Music Settlement, and also teaches cello and chamber music privately in the Cleveland area. He has been cello faculty at Youngstown State University and Ohio University. He gives frequent master classes, lectures, performances and coachings to middle school, high school, and collegiate level individual students and groups in Ohio and Western Pennsylvania, and has presented his clinic on cello tone and technique at the OMEA Convention. His private students have achieved success as principal cellists and senior soloists at their schools, have been members of All-Region and All-State Orchestras, Contemporary Youth Orchestra, and The Cleveland Orchestra Youth Orchestra. Students have gone on to successful careers in diverse fields, including music education, therapy, recording, and performance.

Mr. Singler holds degrees from Youngstown State University and the Cleveland Institute of Music, and has taken part in the Aspen Music Festival and the Bowdoin Music Festival where he was performing and teaching assistant to Peter Howard. His most influential teachers have included Michael Gelfand, Alan Harris, Mark Schroeder, Peter Howard, Richard Weiss, and Bryan Dumm. He plays both a Czech cello of unknown maker circa 1850, and a cello by Lawrence Wilke made in 2000. His bows are a 1999 bow by John Norwood Lee, and a bow by John Dodd, circa 1810.
www.jeffsingler.com
​​jsingler@gmail.com